I discovered long ago that I am aging into my personality.

In first grade, my teacher spoke to my mother in a low, concerned voice – the kind that makes your stomach drop, thinking you’re being busted for something terrible. She was concerned about my socialization because I fell asleep during the Valentine’s Day party. I remember that day clearly; I wasn’t afraid of the other children, it wasn’t that I didn’t have any friends in class. I just didn’t understand what all the fuss was about. I was tired and I was bored, so I took a little rest.

I have always been fond of tucking my shirt in. It ensures that my midriff never shows, and allows me to prominently display any nifty belt I might be wearing. It suits me. Also, wearing watches – when I first realized that I have always been a watch person and had simply never worn a watch, I was almost nostalgic, grieving the lost years during which I could have been wearing a magical timekeeping device on my wrist. I even sported a rolling backpack for a short stint in the sixth grade because I was inordinately paranoid about early onset scoliosis. Also, what if I simply couldn’t carry all of the books I might want to read during the day? It just seemed like good sense.

I tried for years to understand where I was supposed to be, as if there’s one true box in which to categorize oneself or one, specific geography on the globe for which every person is designed. It was never that I didn’t fit in, per say, more that I always felt a little different. I was the nerd of the athletes and the athlete of the nerds, more at home in my treehouse writing stories or reading books than I ever was on a playdate. The more peers I met, the more I wanted to spend time with my dog. Virtually all of this is still true two decades later (other than the tragedy that I no longer have a treehouse) and I imagine it will be until the day I die. I have always been and always will be, an explorer and a traveler. I was a peculiar child because I always knew these things. It makes bonding with other seven year olds a little tricky.

I have always kept far more words inside than out. You never would have called me shy, necessarily, but I am and always have been certainly an introvert to my core. When I was five years old, my dad, the other antisocial homebody in the family, told me plainly:

“You sure think a lot, Little Buddy.” 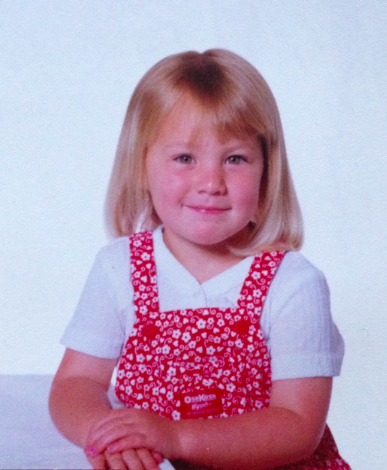 View all posts by Firefly Enlightenment